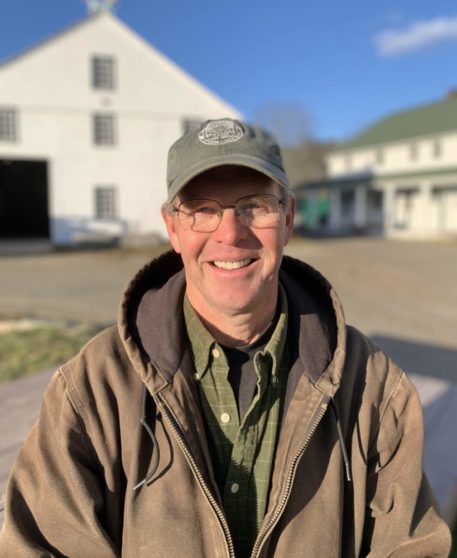 Grant’s history with Glen Brook and The Waldorf School of Garden City started with his first summer as a camper after his first-grade year at Garden City.  Many teachers, counselors, fellow students, and campers still hold meaningful memories for Grant in his current role as the facilities director.

Education, construction, geography, and music are pivotal subjects for Grant.  After attaining a BA in Geography from the University of New Hampshire, Grant delved into theatrical construction in several union scene shops between New York, Seattle, and Washington DC.  He then completed a Masters in Education from Sunbridge College before taking a first-grade class through fourth grade at the Waldorf School of Philadelphia.  From there he and his wife Jennifer, also a class teacher, moved to Glen Brook where they raised their two children, Jae and Grace.

The Butlers now occupy a home in Keene just up the street from the newly formed Gathering Waters Public Charter School where his wife teaches and his daughter attends school each day.  Grant loves driving in each day to work with colleagues he has known for years, and buildings he has known for decades.  Being a part of Glen Brook and Garden City is a gift and an inspiration for Grant.

Grant looks at each day as an opportunity to grow and spread the essence of what has held Glen Brook in such high esteem by so many people now spread across the globe.  He feels that the best ways we take care of the camp are not dissimilar to how we should treat and care for one another as we seek to preserve and give new life to all places of self-discovery.